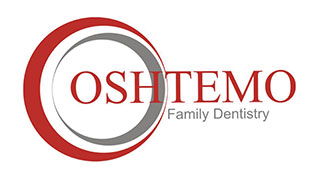 Occasional bleeding of the gums while brushing is so common — as high as 90% of adults — it would seem to be a normal aspect of the mouth. In fact, it’s not — it’s a sign your gums may not be as healthy as they should be.

While overaggressive brushing (too hard for too long) can damage the gums and cause them to bleed, the more likely cause is periodontal (gum) disease. This bacterial infection is caused by plaque that builds up on tooth surfaces mainly from poor hygiene habits. As the gums become swollen (inflamed) from the infection the tissue integrity weakens, making it easier for them to bleed.

Gingivitis (inflamed gums), a very common form of gum disease, can develop quickly into more advanced forms of the disease that can severely damage gum tissues. The tissues will lose their attachment to the teeth, which can create large voids filled with infection known as periodontal pockets. At this point brushing and flossing are inadequate to clean away the deep-seated plaque and calculus (hardened plaque deposits) accumulated in these pockets and around the tooth roots. You will need extensive plaque removal treatment performed by us or a periodontist (a specialist in treating gum tissues and supporting bone).

While much of the damage caused by gum disease can go on without you being aware of it, there are a few warning signs, among them bleeding gums. If you notice your gums bleeding after moderate brushing, you should contact us for an examination. We may also encounter abnormal bleeding and other signs of disease after probing the gap between the gums and tissue during the examination.

As with many other conditions, the sooner we diagnose gum disease, the more likely your gums will respond quickly to treatment and regain their health. By paying attention to bleeding gums, you just may be saving both your teeth and your smile.

If you would like more information on bleeding gums and other signs of gum disease, please contact us or schedule an appointment for a consultation. You can also learn more about this topic by reading the Dear Doctor magazine article “Bleeding Gums.”

Send Us an Email

Find us on the map